Home › Coffee Making and Equipment › Grinders
After the old forum software breaking in a way that we were unable to fix, we've migrated the site to a new platform.

Stepped adjustments too large on my grinder but not on others..

Simon
September 2017 edited January 1970 in Grinders
Hey guys, thought I'd post a thread about this and ask for your much much appreciated knowledge and advice.

Having spent a month and a half with my grinder, it just really seems that the stepped adjustments are too large. I've even gone to the extent of doing a few shots on a setting, removing the top burr and doing a full cleanout of it, toothbrush, brush, vacuum etc, purging, then pulling few shots on a new grind setting, yet it's very very clearly showing me that the steps result in such a dramatically different yield (20+ second difference for one notch change...)

I've actually gone around and asked many people who have the exact same grinder how they found the steps, and all except one person have said that the steps are really small and haven't been an issue for them.

Can I ask for some collective wisdom as to why this might be? That the same grinder can vary so much? I did get it secondhand, but it had only done about 12 kg or so and looked in great condition apart from some dents on the inside (which I have attached here just in case this might be part of the issue). The burrs look fine although I have no idea what they really should look like, but photos below. Do the burrs look okay?

What would you guys say is the best course of action here? Get new burrs just to see if that's it, deal with it and live with it, or side/upgrade to another grinder?

It's a Quamar Q50P, otherwise a really great, solid grinder that's awesome in every other way.

Thanks so much for any thoughts guys

Photos are of before cleaning, after cleaning (actually scrubbed it more after those photos), and photos of the dents 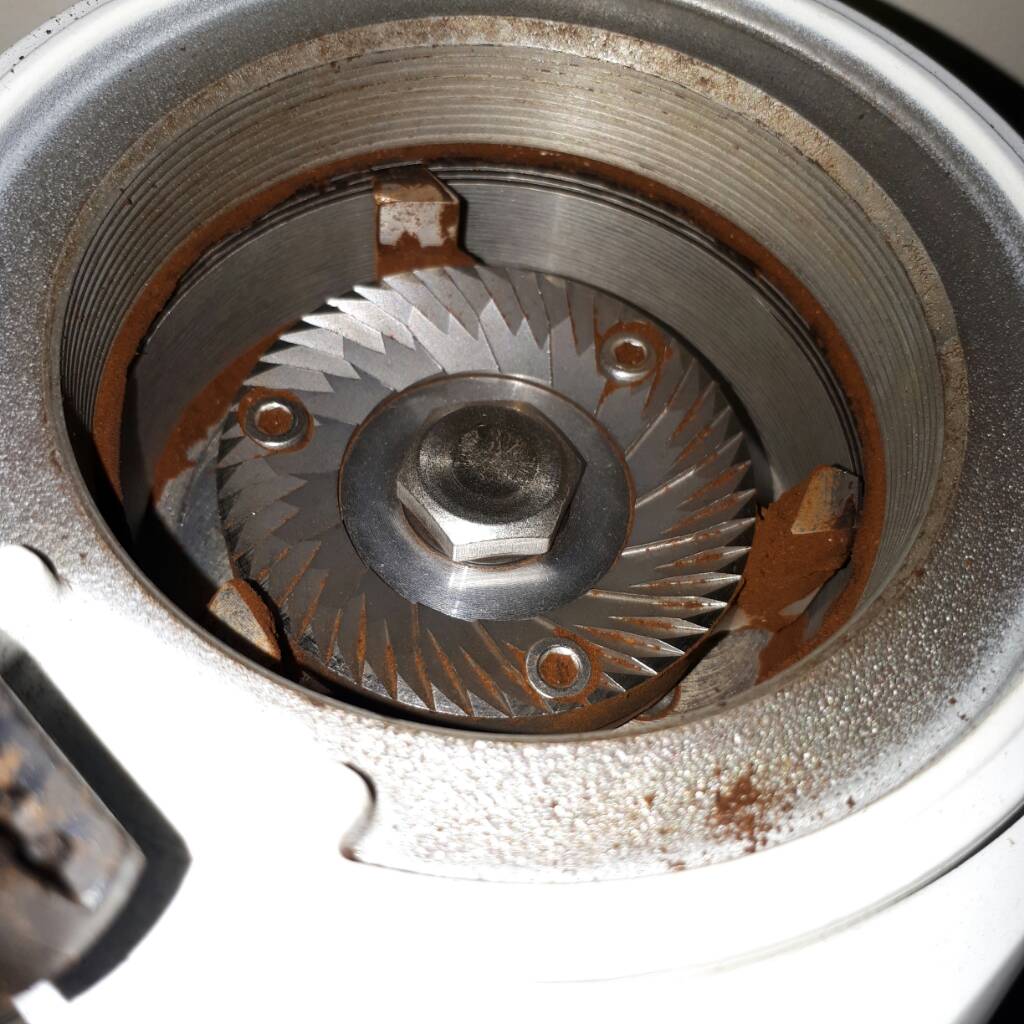 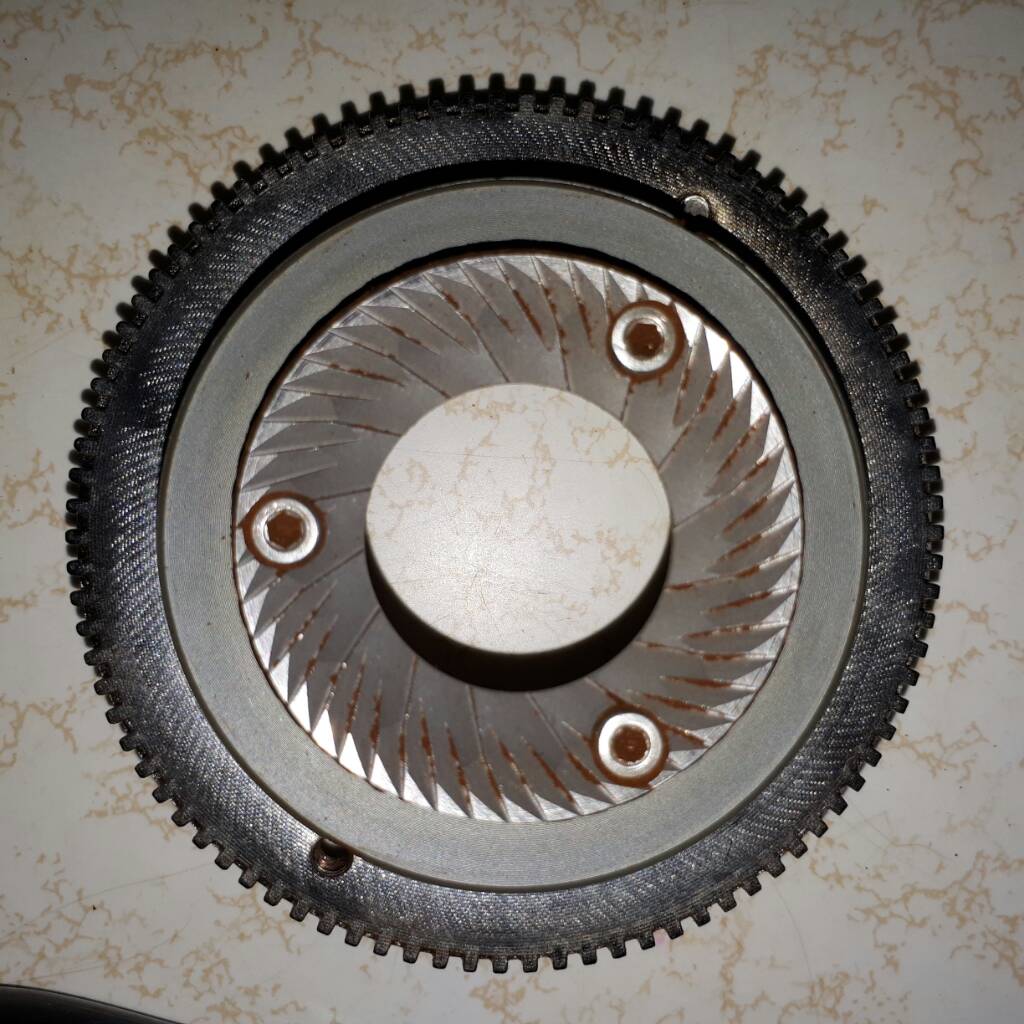 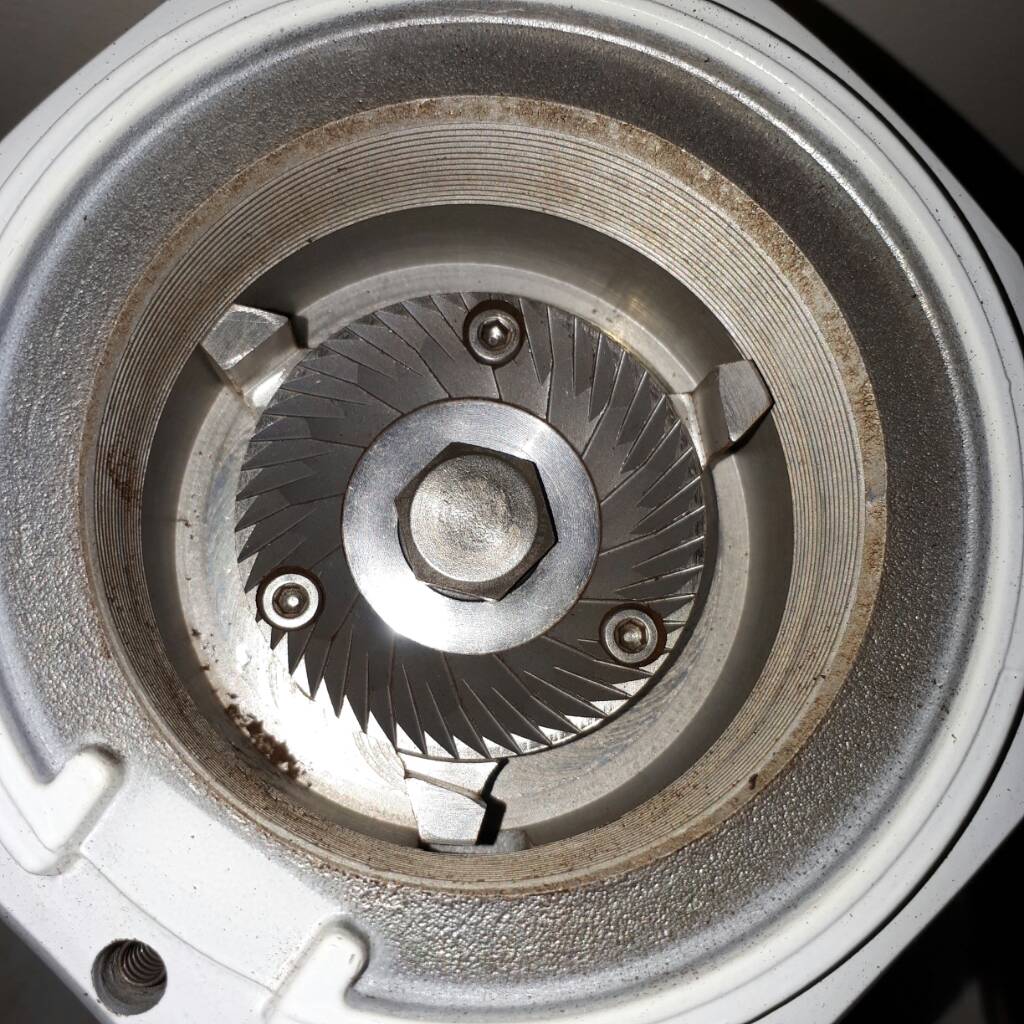 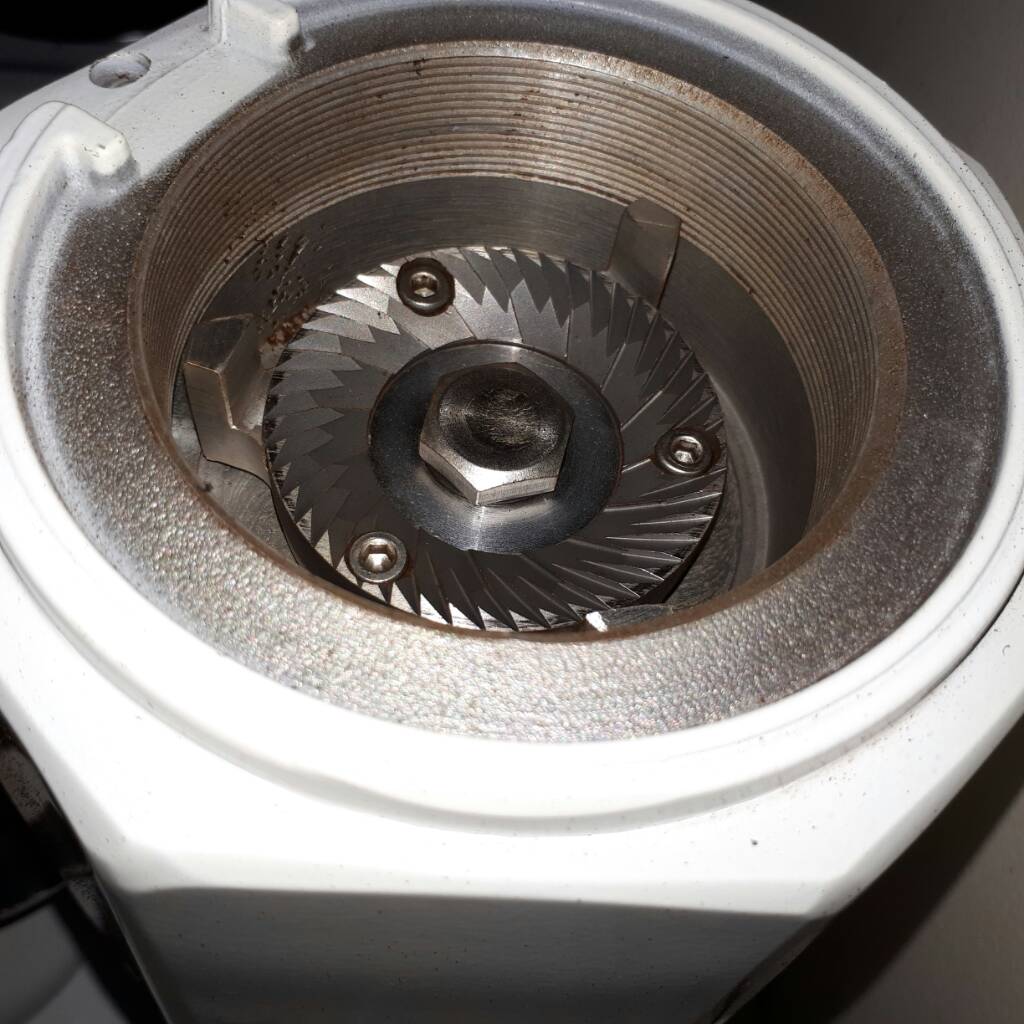 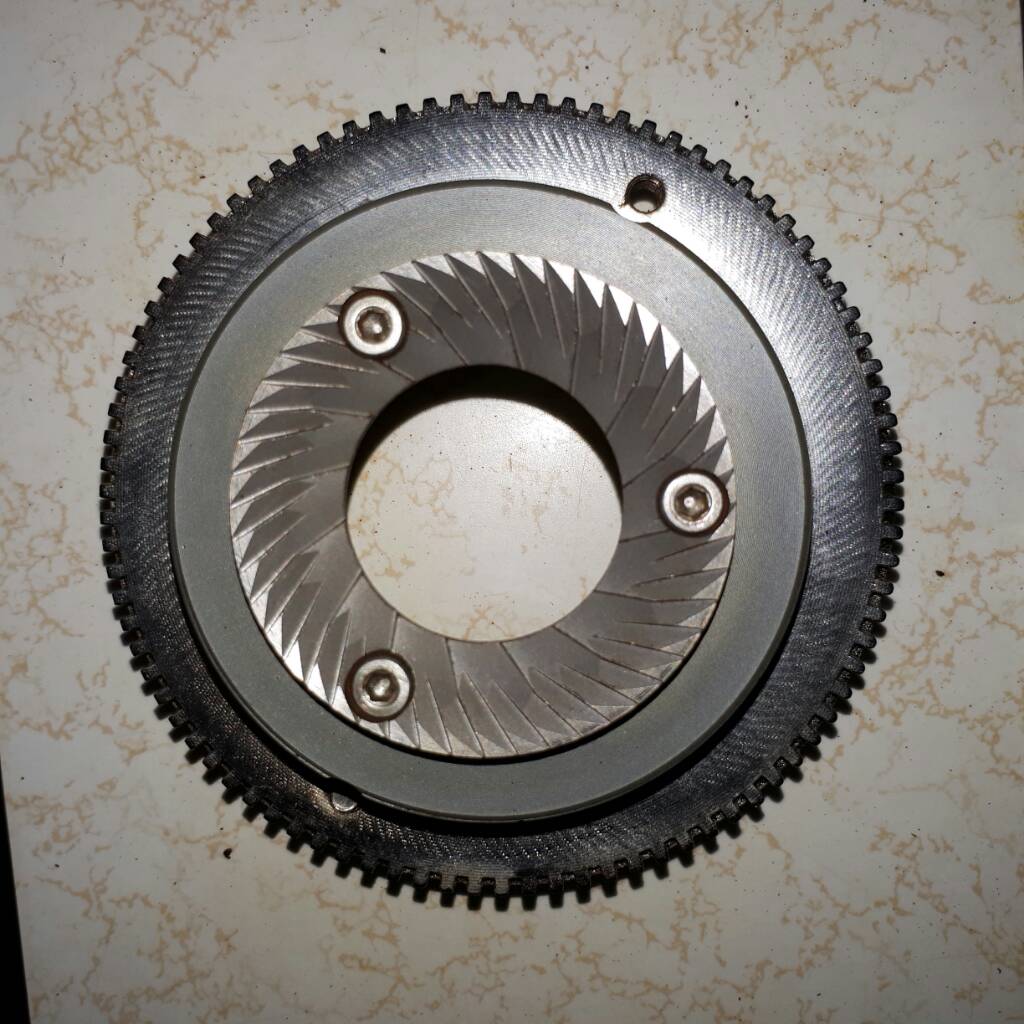 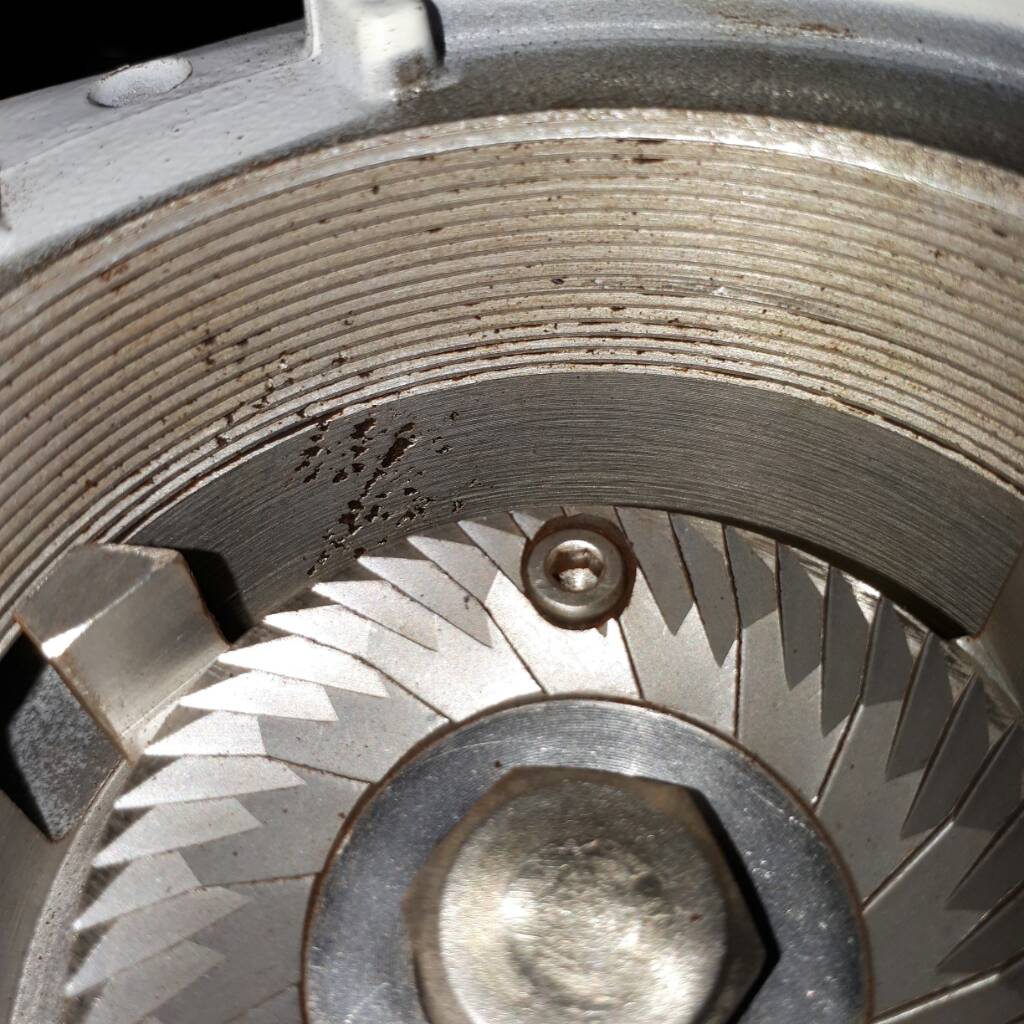 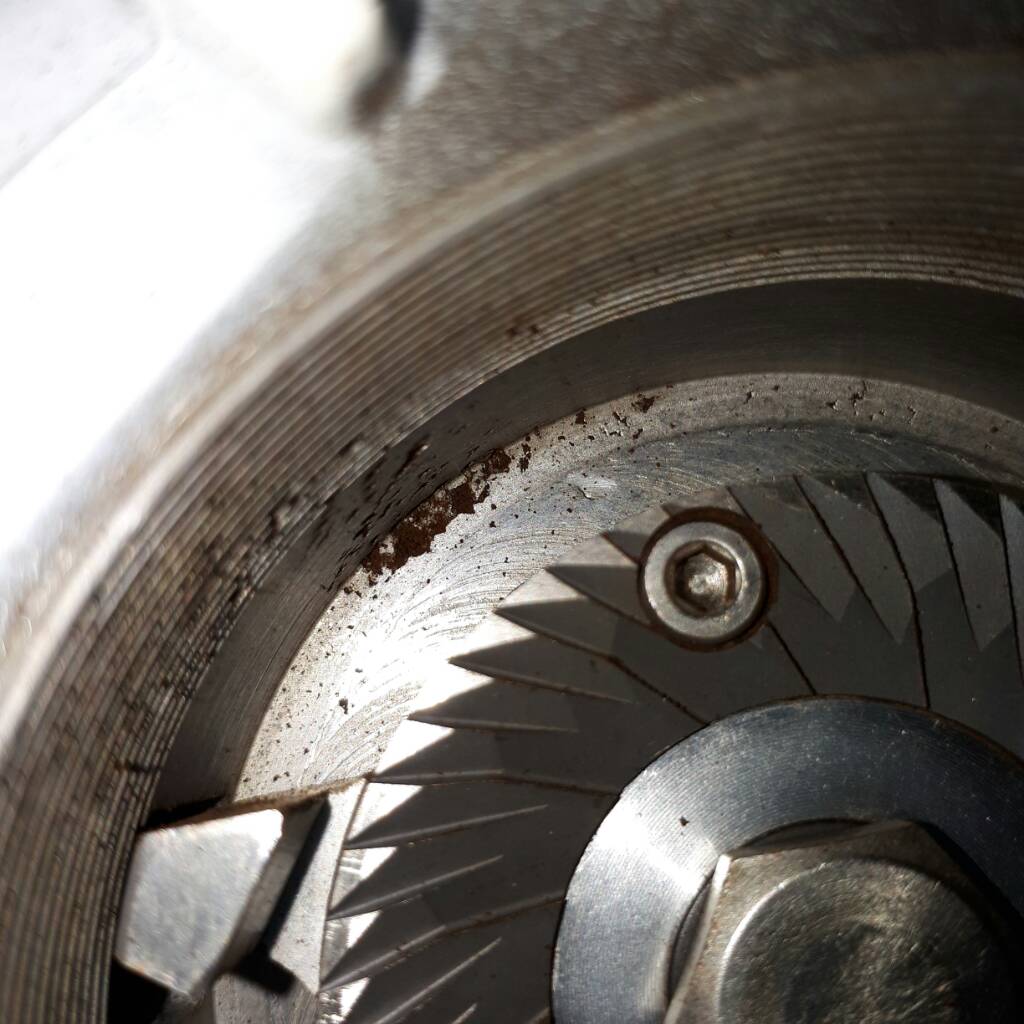