Home › Coffee Making and Equipment › Other Brewing Methods
After the old forum software breaking in a way that we were unable to fix, we've migrated the site to a new platform.

I actually gave it a try today (was inspired and did a quick roast up of some filter roast Yirg the other day), very easy method! I altered the parameters a little (360g water was too much to drink haha), but still kept the same ratio of coffee to water.

A little fast as I was aiming for at least 3 minutes total time (he didn't really give a set recommendation, between 2 and 4 minutes he said).

Initially a bit flat in flavour at higher temps.. So I resigned myself to maybe having to rest the coffee a bit more but as it cooled right down... WOWZA!! Peachy, smooth, creamy, caramelly.

I might still let the roast rest a bit longer (was about 1 and a half days post roast), and still grind finer to slow the flow rate, but super impressed!!

The ground were mostly flat at the end but still looked a little wavy (maybe I stirred too vigorously even though I purposely was less aggressive than usual), any tips guys on how you stir the grounds after the prewet/bloom? I'm just wanting to not disturb the level bed that early on, and don't want it to only level out at 1m:45s when you spin it.. (might have to watch the vid first to know what I'm talking about haha) 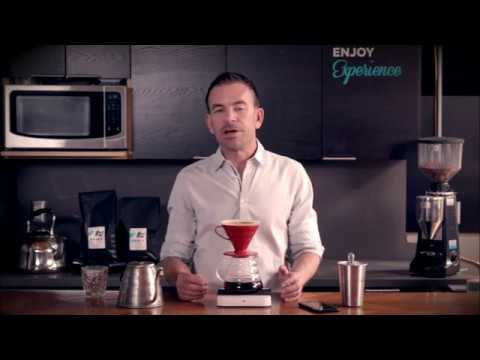