Home › Coffee Making and Equipment › Grinders
After the old forum software breaking in a way that we were unable to fix, we've migrated the site to a new platform.

Recently upgraded my grinder from a pretty entry level DeLonghi Dedica to a Ceado E6P V2.

I chose this grinder after reading a lot about it in the US forums (home-barista forum), and also it took out the 2018 Specialist category on Whole Latte Love.

It is surprising that heaps of thread in the US and Europe but none on the Aussie forums.

Unboxing the E6P this thing was heavy, very heavy. A real solid feeling unit. A lot of steel materials, and the plastic base surround is a very solid feeling plastic.

It has 64 mm flat steel burs and is a  stepless grinder. It also has their patented steady-lock system which maintains a constant bur spacing while under heavy loads, which compensates for any thermal expansion.

It has two  programmable dosage buttons. You can also hold both buttons simultaneously for a manual dose, when you let go of both buttons it stops.
You can also interrupt the programmed dose by pressing any button.

To change the programmed dosage, you hold the button for a few seconds, and press either the + or - buttons to change the dose time by 0.1 second intervals. I did some weight testing and the grinder is very consistent.

Grinds come out nice and fluffy. To change the grind size you have to loosen the locking screw, and while the motor is running you can turn the disc. Turning feels very smooth and seamless, truly stepless. I'll point out I was slightly confused by what direction I should turn to make in coarser, I thought the higher numbers would be coarser, turns out they are finer.

I only have a pressurised portafilter (will be upgrading machine too in the near future), but shots had tiger flecks and really a nice flavour.

My biggest criticism is the hopper. It has a slide to shut off the base to remove it, but it's just a sliding piece of plastic and its kinda clumsy feeling. The hopper is the only thing that feels as if the material choice could have been better, the hopper on the Delonghi feels nicer.

Anyway at close to a grand its not cheap but it is a 64 mm stepless programmable grinder.

Would be interested if anyone else on here has one of these grinders? What's your experience? Any tips?

It seems Ceado are a very high end brand, and they make the world's only zero retention grinder. 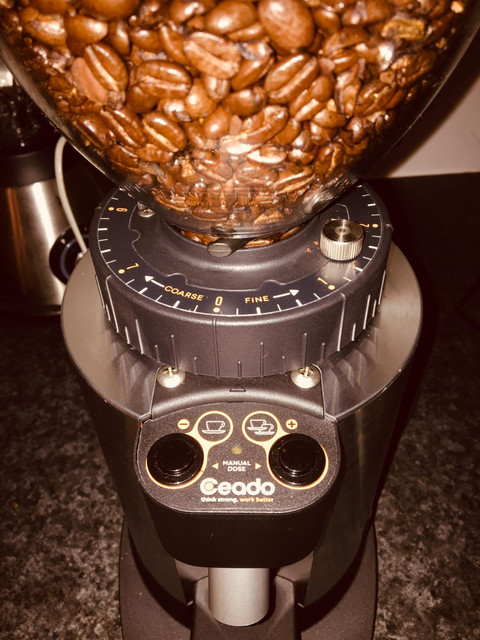 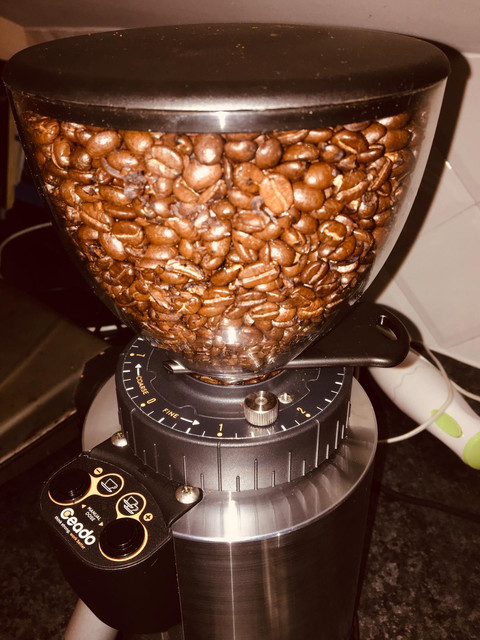 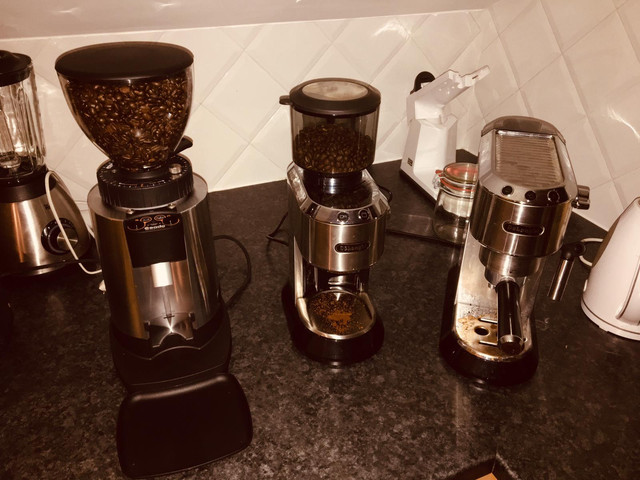 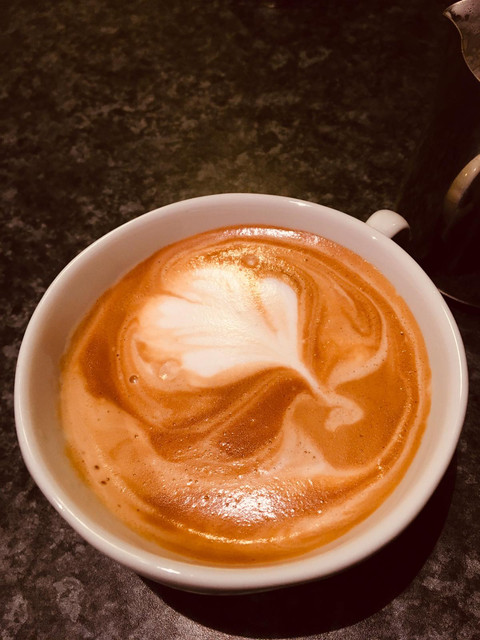